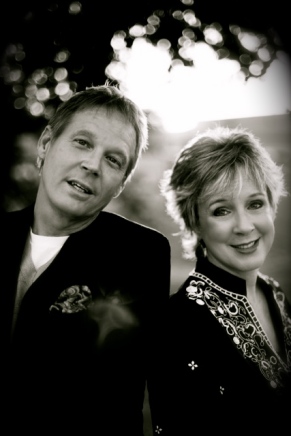 Lots of people have asked me to tell them our story. I am going to give you the “girl time version”. I have shared it many times around the campfire underneath the backdrop of the brilliant Kalahari skies with hundreds of girls with Teen Mania outreaches through the years! Maybe we don’t have a campfire, but thanks for joining me!

Our story starts with us, I was 24 years old and working at LuMatt Productions in the Christian Concert Industry. I was a promotor of major Christian Concerts with artists like Amy Grant, Sandi Patti, Michael W. Smith, Russ Taff, Michael Card, Wayne Watson, Kathy Troccoli, and many others. One Texas tour we put together was with an interesting Duo- Michael Card, with his mellow, ballad style and Leon Patillo who was formerly with “Earth, Wind and Fire”. – well, that speaks for itself! The last date of the tour was in Houston Texas at the Houston Coliseum. The show was packed and the crowd was electric! I had invited Carla Andrus, my friend and announcer of a leading Contemporary Christian Station to be the MC that evening. She asked if she could bring along her brother and his friend, Jerry Lackey. They had both attended Pastor John Osteen’s Lakewood Bible Institute.

After the concert was over, we all kicked back –backstage, with a sigh of relief from LuMatt Staff and the artists that we had completed the tour and their families. It was then that I was introduced to Jerry Lackey for the first time. He was with Harold, Carla’s brother, who was 18 years old. I could only assume when I met Jerry that he was also around his age, because he certainly looked it! I remember thinking to myself, “Its too bad he’s so young, he seems like a really neat guy. I wish he were older”. Then I dismissed it as just a nice wish.

Check back for more to come!